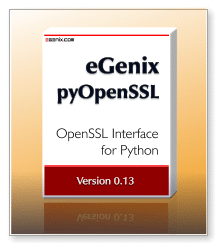 Note that we currently do not change the OpenSSL.__version__ when releasing new distributions. This will change starting with the next release.

If you want to make sure the Python process does indeed load the embedded OpenSSL libraries and not the system provided ones, make sure you load pyOpenSSL before the Python socket or ssl module (or any other Python module which uses these modules). The library load gets triggered by loading the top-level OpenSSL module: