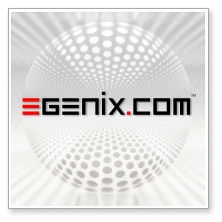 eGenix is pleased to announce the immediate availability of eGenix mxODBC™ 3.2.2 - Python ODBC Database Interface, with support for Python 2.4 - 2.7 on all major platforms.

The eGenix mxODBC - Python ODBC Database Interface product is a commercial extension to our eGenix mx Base Distribution:

The new attribute allows easily adjusting and inspecting the ODBC cursor type to be used for an mxODBC cursor object.

The reason for this unusual backport and inclusion in a patch level release is that we found a serious performance issue with MS SQL Server when using it with mxODBC 3.2 (see below). This needed to be addressed immediately.

The performance increase compared to mxODBC 3.2.1 is enormous: from 2-3x faster executes/fetches for average queries, up to 300x faster for simple cases.

In mxODBC 3.3, we will switch to using forward-only cursors per default for all database backends.

The effect is a lot smaller, but still noticeable: up to 2x faster executes/fetches with forward-only cursors, compared to mxODBC 3.2.1.

For the complete set of features, please have a look at the mxODBC product page.

The complete list of changes is available on the mxODBC changelog page.

mxODBC is available in these three editions:

Compared to mxODBC 3.0, we have simplified our license terms to clarify the situation on multi-core and virtual machines. In most cases, you no longer need to purchase more than one license per processor or virtual machine, scaling down the overall license costs significantly compared to earlier mxODBC releases.

For a complete overview of the available editions, please see the product page.

Users are encouraged to upgrade to this latest mxODBC release to benefit from the new features and updated ODBC driver support.

We have taken special care not to introduce backwards incompatible changes, making the upgrade experience as smooth as possible.

Customers who have purchased mxODBC 3.2 license can continue to use their licenses with this patch level release.

Customers who have purchased mxODBC 2.x, 3.0 or 3.1 licenses, can benefit from upgrade discounts. We will give out 20% discount coupons going from mxODBC 2.x to 3.2 and 50% coupons for upgrades from mxODBC 3.x to 3.2. After upgrade, use of the original license from which you upgraded is no longer permitted.

Please contact the eGenix.com Sales Team with your existing license serials for details for an upgrade discount coupon.

If you want to try the new release before purchace, you can request 30-day evaluation licenses by visiting our web-site or writing to sales@egenix.com, stating your name (or the name of the company) and the number of eval licenses that you need.

Please visit the eGenix mxODBC product page for downloads, instructions on installation and documentation of the packages.

Note that in order to use the eGenix mxODBC product, you first need to install our open-source eGenix mx Base Distribution.

For more information on the eGenix.com Python products, licensing and download instructions, please write to sales@egenix.com.